skip to main | skip to sidebar

Basketball fans all over the world are swooning over Jeremy Lin, the New York Knicks point guard who just started to make a name for himself in the NBA. This lead to the world creating a nickname to his amazing plays, "linsanity". He certainly reminds me of Kobe Bryant and LeBron James back in the days when they were still amazing rookies. Here are some facts you must know about this 23-year old Jeremy Lin: 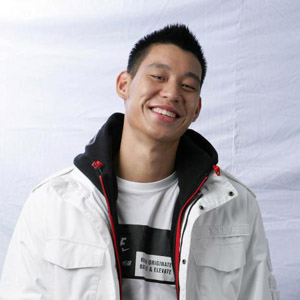 He is a Harvard Graduate. Though he is from California, he made it to a top university to study Economics, and graduated with honors last 2010.
He is Taiwanese-American. Yup, he is of asian descent, which I think is quite obvious already with his facial features and last name.
He recently got his guaranteed contract. Nobody really wanted to pay attention to him, until recently when his coach decided to let him play. He took the chance and did all he could (and he has been consistent so far), earning him his one-year contract. Now he doesn't have to sleep on his brother's couch.

Last week I got to see The Jeremy Lin Show live at Madison Square Garden. Chants of MVP filled the stadium as he tore up the Utah Jazz. He scored, assisted, rebounded, and made his teammates better. Today, I googled Jeremy Lin’s name and an infinite amount of links popped up.


The one that stood out to me was a tweet from boxer, Floyd Mayweather. Despite being very busy( he’s got a bout on May 5th, and then heads to jail on June 1st), he still pays a lot of attention to Jeremy Lin. This is what he had to say:

“Jeremy Lin is a good player but all the hype is because he’s Asian. Black players do what he does every night and don’t get the same praise.”

Here is my response.

Here are 7 reasons why The Jeremy Lin Show is getting so much hype.

#1 The numbers speak for themselves

Lin was named player of the week because of his gaudy numbers and leadership. He averaged 27 points, 8 assists, and 4 rebounds while leading the dysfunctional Knicks to five straight wins. They were also without Carmelo Anthony and Amare Stoudemire. The Knicks look reenergized and suddenly functional with Lin running a simple pick and roll offense. Even as a Boston fan, I’ve enjoyed watching the Knicks play basketball at its purist. The team actually likes each other and it shows. Oh, yeah. Lin also poured in 38 points against the L.A. Lakers on national TV. And the night before Kobe Bryant was interviewed and didn’t have a clue who this guy was. Now he does.

If Lin was putting up these numbers in Milwaukee, there would be some hype but nothing like this. Everyone knows New York is the most recognized city in the world and is known for their media, publicity, and hype. So anything that comes out of New York will be magnified to the millionth degree. And the fact that the Knicks were struggling before his emergence has made this a great story to run in every syndicate across the country.

It’s also a case of the Tim Tebow effect. People love feel-good stories and the media knows it. They will feature Lin daily until his game weakens, he gets hurt, or there’s a better headline.

Jeremy Lin may know Good Will Hunting because he is a smaht kid. Straight out of Harvard, Lin represents a small minority of Ivy League educated kids ever to play professional sports in the modern era. Ryan Fitzpatrick (NFL, Harvard), Chris Young (MLB, Princeton), and Chris Dudley (NBA, Yale) are the very few that I could think of. It’s kind of like the scene in Airplane, when the woman asks for some light reading, and they give her a tiny pamphlet on Jewish sports stars. There are just not that many professional athletes with top notch educational backgrounds. But with Jeremy Lin from Harvard and Landry Fields from Stanford, the Knicks may have the smartest starting backcourt in NBA history.

#4 Jeremy Lin is a cool name

These are great headlines. They just work. And has there ever been another Jeremy in NBA history? Not that I know of.

Lin is 6’ 3”, relatively short for NBA standards. He rarely dunks so his scoring has to be creative and the crowd loves that. He plays very similar to Steve Nash and has found innovative ways to get his shot off. This makes him and his highlights stand out.

#6 He came from Nowhere

Any time an undrafted player who has been cut by several teams emerges as a stud, they’re going to get a lot of attention. Have you never seen a story about Tom Brady? Jeremy Lin’s future was so in jeopardy that he has been crashing on his brother’s and teammates couches. These guys are the ultimate underdogs and fans love that. The “nobody” that came from “nowhere” is now a “somebody.” That’s the American dream or at least a Disney movie.

Of course Jeremy Lin is receiving extra attention because he’s Asian-American. Floyd Mayweather, you are exactly right. If Jeremy Lin was black, he would get some attention for his play (for the reasons above), but nothing like this. But that’s the case with stories like this in every sport. In fact, in “white dominated” sports such as golf and tennis, Tiger Woods and the Williams sister have stood out because of their talent AND their race. So why can’t Jeremy Lin get extra attention because he is a geeky Asian dude from Harvard outdueling Kobe Bryant and others in a black dominated sport?

Floyd, I don’t think your comment is racist at all. I just think you sound really insecure. And by the way, your little tweet put Jeremy Lin in the spotlight even more. Congratulations!

Posted by Concordia at 2:28 PM